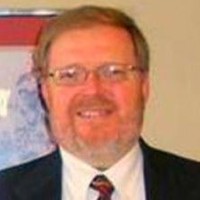 “Of course Jesus believed in evolution, otherwise he would have said, ‘Now don’t do a thing until I return.” — Swami Beyondananda

I’ve said it before, and it looks like this is going to become a broken record for my Wiki Politiki broadcasts for this coming year – we have a deeply UNITED body politic in that more than three quarters of us want to cooperate and collaborate, rather than fight one another.

When this week’s guest, visionary activist Norlyn Dimmitt asserted that 76% of Americans want to come together to solve problems, it reminded me of something that happened nearly 25 years ago. I was listening to a talk by spiritual psychologist Patricia Sun, and she recounted a presentation she gave at a new age bookstore. Outside the bookstore were four fundamentalist Christians picketing the bookstore. Patricia suggested going out to talk with the picketers, but the bookstore owner said, “Forget it. You can’t talk with those people.”

Nonetheless, Patricia went out to converse with the group, and after ten minutes three of the picketers put down their signs, hugged her and said, “You’re saying exactly what Jesus said.”

The fourth picketer was unmoved and continued to carry his sign.

This anecdote led me to postulate what I call “The Law of 75.” 75% of people – three quarters of us – are susceptible to loving, respectful conversation. Norlyn does me one percent better. His figures say 76%.

Furthermore, Norlyn is working with an organization, Compassionate Citizens, that is weaving together hundreds of faith-based organizations to help bring about what he calls caring culture, caring economy, and wise democracy. One of the partners, the Listen First Coalition, is billed as “350+ organizations working together to mend our frayed social fabric by building relationships and bridging divides,” empowering what is called the National Conversation Project.

Norlyn’s own spiritual history involves being raised in the radically fundamentalist Worldwide Church of God, and evolving to one of those rare Unitarians who actually believes in God! His is a mathematician by training, an actuary by trade, and his experience in the real estate industry has led to his design of a unique way to fund Compassionate Conversations.

For months you’ve heard me talk about creating, populating and empowering a sane and sacred center to fill the vacuum in our society currently being occupied by the unchecked, unbalanced, unmitigated power of money. Can faith-based communities help us bridge the divide and cultivate a unifying yet inclusive meta-narrative that will apply the Golden Rule to overgrow the rule of gold?

To get Norlyn’s encouraging perspective, please join us this program.

To find out more about Norlyn Dimmitt and the Compassionate Citizens project, please go here: https://compassionatecitizens.us/