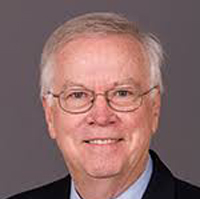 Here is an irony supplement to munch on.

America is in the midst of the most politically polarizing times since the Civil War … and yet, a 2018 Pew Research Center poll found that nearly 80 percent of Americans in each party believe it’s important for Republicans and Democrats to work together on issues.

Huh? How could that be?

Are we that schizophrenic … or, is there a deep longing to find our sane and sacred center at the heart and soul of who we are?

Our guest this week on Wiki Politiki is family therapist and author Bill Doherty, co-founder of Braver Angels, an organization dedicated to bringing the polarized sides together to find a new angle – where instead of dehumanizing the other side, we re-humanize the other.

The problem is obvious. The political narrative and discourse on both sides is to paint the other as a dangerous enemy, and the less contact we have with the other side, the easier it is to demonize them. In December 2016, Braver Angels co-founders David Blankenhorn, Bill Doherty, and David Lapp brought together 10 Trump supporters and 11 Clinton supporters in South Lebanon, Ohio for their first Red/Blue Workshop. The goal was simple. They wanted to see if Americans could still disagree respectfully – and just maybe, find common ground.

The results were surprising and heartening. And I quote:

“Republican and Democrat, native born and immigrant: these Americans liked each other. But first they had to hear one another’s stories. Black and white, Christian and Muslim: these Americans could appreciate each others opinions. But first they needed to see where these opinions came from. They could listen to each other’s points of view once they saw one another, not as stereotypes, but as neighbors in a country they shared.”

We will be talking with Bill Doherty this week to hear more about this ongoing dialogue and project, and the implications for “political climate change” in the near future. Bill Doherty is a co-founder of Braver Angels and the creator of the Braver Angels workshop approach. Bill is a Professor and Director of the Minnesota Couples on the Brink Project in the Department of Family Social Science at the University of Minnesota.  Bill combines a background in family therapy and community engagement.

Keep in mind that the intention of Braver Angels is not to change minds, but to change hearts so that the two sides disagree more constructively and dueling dualities can evolve into dynamic duo dance partners.

If you’re ready for a true American EVOLUTION, please join us.