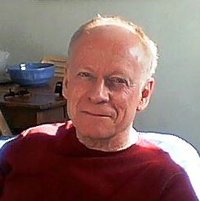 “Some people say fasting is good for our health, but I say everything is already too fast. So I recommend slowing instead.” — Swami Beyondananda

5G stands for “fifth generation cellular technology” which promises to deliver data rates that are 10 to 100 times faster than current 4G. Not only does this mean much faster download rates, but 5G will also enable new technologies like self-driving cars and augmented reality. Mobile devices will be able to send and receive information in less than one-thousandth of a second, appearing instantaneous to the user.

Well … not so fast, say some concerned citizens and scientists. As with cell phones, the radiation from this 5G technology is being linked to higher cancer rates. The cell phone providers and mainstream media insist all is safe, and there is no problem. Are they correct? Or is this just another issue where those with much to gain are railroading an untested technology?

Our guest this week Michael LeVesque, is a long-time health advocate, who opened his first health food store in Cortez, Colorado nearly fifty years ago. In 1982, he opened Vitamin Express, running five stores for 36 years. He is the author of the best-selling BIG Vitamin Dictionary, and has spent the past several years studying wireless technology and the “human voltage system”. Michael is a self-taught expert on EMF (electromagnetic field) radiation and their impact on the human body, and is the owner of Ray Guard Protect, a device to protect against EMF exposure.

So … is the cause for concern regarding 5G for real? Or is it just a bunch of conspiracy theorist, anti-science alarmists raining on the parade? Or something somewhere in between?

If you’ve been hearing about 5G, and want to “clear the air” please tune in to this show.

To find out more about Michael LeVesque and Ray Guard, please go here.