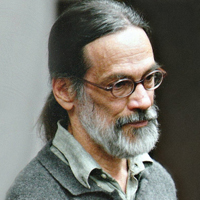 An Interview With Author and Microwave Radiation Specialist Arthur Firstenberg

“The truth shall upset you free.” — Swami Beyondananda

5G stands for “fifth generation cellular technology” which promises to deliver data rates that are 10 to 100 times faster than current 4G. Not only does this mean much faster download rates, but 5G will also enable new technologies like self-driving cars and augmented reality. Mobile devices will be able to send and receive information in less than one-thousandth of a second, appearing instantaneous to the user.

Well … not so fast, say some concerned citizens and scientists. As with cell phones, the radiation from this 5G technology is being linked to higher cancer rates. The cell phone providers and mainstream media insist all is safe, and there is no problem. Are they correct? Or is this just another issue where those with much to gain are railroading an untested technology?

Our guest this week, Arthur Firstenberg, is here to help clear the air. Arthur Firstenberg is a scientist and journalist who has been at the forefront of a global movement to have a transparent conversation around the apparent trance of 5G technology. After graduating Phi Beta Kappa from Cornell University with a degree in mathematics, he attended the University of California, Irvine School of Medicine from 1978 to 1982. Injury by X-ray overdose cut short his medical career. For the past thirty-eight years he has been a researcher, consultant, and lecturer on the health and environmental effects of electromagnetic radiation, as well as a practitioner of several healing arts.

He is the founder of the independent campaign group the Cellular Phone Task Force, and has authored two books, Microwaving Our Planet: The Environmental Impact of the Wireless Revolution and The Invisible Rainbow: A History of Electricity and Life.

If you are ready to hear some of what you haven’t been told about 5G technology, and are looking to make up your own mind, please join me for this show.

To find out more about Arthur Firstenberg and the Cellular Phone Task Force, please go here.