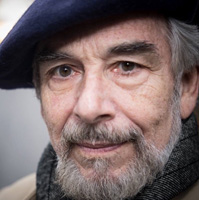 “We have a deeply-divided body politic. Half the people believe our system is broken, the other half believe it is fixed.” — Swami Beyondananda

We are living in what Tom Paine would have called “soul-trying” times.

While progressives are still baffled as to how Donald Trump became President and continue to be pulled into the very “resistance” that energizes Trumpism, a growing number of Americans are awakening to the political “shell” game. Regardless of which party wins, when it comes to the fundamental focus and rules of governance, those who already have too much money, power and influence seem to have the final say.

Consider that under Obama (and Hillary as Secretary of State) we had the same neocon / neoliberal foreign policy as under Bush and Cheney. And even the Huffington Post has had to admit that income inequality became worse under Obama than it was under George W. Bush.

The narrative playing on the mainstream is still about the growing list of “hopefuls” for the 2020 Presidential campaign, while the condition of the body politic remains “hopeless” unless we do a mass detox off of those two addictive drugs, “Hopium” and “Deniatol.” What is needed is a true “2020 vision” to help we the people overgrow our corrupt and dysfunctional system, from the grassroots up instead of the top down.

Fortunately, there is true hope on the horizon and it comes from the folks who helped us with the first American Revolution — France. You’ve probably been hearing about the Yellow Vest movement, which has been presented as one of those nationalistic, xenophobic “right wing” movements that seem to be sweeping Europe and the rest of the world.

Not so fast, says my Wiki guest this week, Richard Greeman, an American expatriate living in France and a bona fide leftist. What he has observed first-hand is a movement of ordinary people tired of being told, “Let them eat cake” by Marie Antoinette sound-alike Emmanuel Macron, who is an investment banker disguised as a “socialist.” As Greeman tells us in the interview, this is a from-the-ground-up movement that has rejected any affiliation with any party, right or left. This is the true “peoples upwising.”

Richard Greeman is a self-described “Marxist-humanist, libertarian socialist and anarchist revolutionary”. He calls himself a red diaper grandbaby because his maternal grandfather was an admirer and follower of socialist presidential candidate Eugene V. Debs. When labeled a communist by a classmate as a child, Richard replied, “I’m a commonist — I am for the common people”. A graduate of Yale, Richard was one of the founders of Students for a Democratic Society (SDS). After the fall of the Soviet Union, he traveled to Russia where he deepened his studies of Victor Serge, a Marxist anarchist internationalist novelist. In 1997, he helped establish the Victor Serge Public Library in Moscow and in 1998 co-founded the Praxis Research and Education Center in Moscow. Long story short, he brings a lifetime of awareness and perspective to a vexing movement … the Yellow Vest uprising in France … and the “vested interests” that are looking to dis-inform and misinform us on that topic.

The mainstream press has painted it as a right wing movement, and indeed the French press (no, I’m not talking about coffee here) has cherry-picked right wing extremists to interview to “represent” the movement. Tune in tomorrow Tuesday, February 5th and get a more balanced picture of what is happening in France — and what COULD happen here if progressives and populists ever got together for a generative conversation.

If you’re feeling that currently the American body politic is stuck inside an unworkable system called “Futilism,” please catch this broadcast to discover how an angry uprising has led to an “upwising” where French citizens are working together for a change, to challenge a toxic and unworkable system that makes the elites richer and richer and the rest of us … not so much.

To find out more about Richard, please go here.