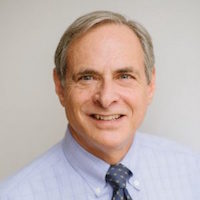 Interview with Dr. Bruce Greyson, Author of “After: A Doctor Explores What Near-Death Experiences Reveal About Life and Beyond”

“I haven’t actually had a near-death experience myself, but I hear it’s out of this world.” — Swami Beyondananda

And now for something completely different…

While we think of politics as extremely “this-worldly”, this week we are going to explore the otherworldly domain of near-death experiences and their implications for how we perceive life and death, and conduct ourselves in this world.

This is a personal issue for me. When I was eight years old, my dad suffered a near-fatal heart attack, and afterward reported what would now be termed a near-death experience. While he was unconscious, his sister Betty, who had passed just a month before, beckoned to him from across a bridge. For some reason – possibly because he had two young boys to take care of – he declined the invitation and returned to this world. He lived another 18 years, long enough to see his boys grown up and on their way to fulfilling lives.

As a boy, I continued to read about these experiences in Reader’s Digest, probably the only publication in the 1950s and 1960s that would give the experience credence.

Fast-forward to 1980, when I was teaching a creative writing class for adults at the University of Michigan. One of my students was Dr. Bruce Greyson, at that time the emergency room psychiatrist at University of Michigan hospital. He was working on a story with a metaphysical theme, and one week when he was out of town, I was surprised to receive an installment from him in the mail in an envelope marked, “University of Virginia, Department of Parapsychology.” Needless to say, I was intrigued. When he returned, I asked him about it. He looked around to make sure I was the only one who could hear him. He then told me he did his psychiatric residency working with Ian Stevenson, who was investigating children who remembered past life experiences. (I will save the full story for the interview itself.)

In any case, Bruce and I stayed connected over the years and he has made the study of near-death experiences as his life’s work. As a scientist without a religious belief system, he has been relentless in seeking some physical explanation for the anecdotal data he received from patients who had vivid memories of what transpired when their brains were “dead”. These individuals quite often knew things they had no business knowing – including the awareness of loved ones who died while they themselves were unconscious and would have had no way of finding out.

Do these inexplicable experiences that defy linear logic and scientific dogma have implications for the awakening needed to transform politics? I say they do!

Bruce Greyson is Professor Emeritus of Psychiatry and Neurobehavioral Sciences at the University of Virginia, and is author of After: A Doctor Explores What Near-Death Experiences Reveal about Life and Beyond (2021), co-author of “Irreducible Mind” and co-editor of The Handbook of Near-Death Experiences (2009). He has written many journal articles, and has given media interviews, and has been called the father of research in near-death experiences.

If you’re curious about what near-death studies have to offer both about life after death and life BEFORE death, please join us.

To find out more about Bruce Greyson and his work please go here.