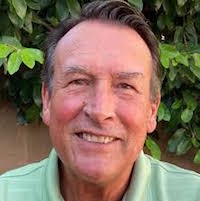 “It’s time to bring left and right front and center to face the music and dance together.” — Swami Beyondananda

Once again this week the news headlines are dominated by the entrenched oppositional positions of the two political parties. And yet … and I know I sound like a broken record here … behind the scenes, awakening elements on all sides are seeking what we are calling the “sane and sacred center” – a way to bring Americans together around the virtues and values that the 90% of us who are not sociopaths hold in common.

In fact, here in California there is actually a new party emerging called the Common Sense Party, and if there is anything we need it is uncommon common sense!

“Our state used to take pride in our infrastructure, education, environmental preservation, health, and safety. For decades, these investments enabled mobility up the economic and social ladder for individuals and rapid growth for the State.
‍
But an increasingly partisan environment has created bad public policy, stifling innovation, slowing infrastructure investment, jeopardizing public welfare, and compromising California’s status as a leader in the world.
‍
We resolve to elevate the interests of Californians above partisan politics so we can renew California’s full promise.”

Our guest this week is conservative transpartisan activist Michael Maxsenti, a key advisor to the Common Sense Party. A successful entrepreneur in the printing business, Michael decided to reach out to young followers of the #Occupy movement some years ago, and the result was his platform Rebellious Truths, a non-profit focused on galvanizing, educating and engaging American youth in our political process incorporating YouTube and social media.

Michael’s executive positions span several industries that include private companies as well as nonprofits. His expertise covers every stage from start-up to rapid growth, crisis management to turnarounds, and to sustainable growth in new markets. He also was President of the Max Company, where he consulted on media, printing and publishing for more than a decade.

Currently, Michael’s passion is bringing Californians (and ultimately Americans) across the divide so that we can use the energy we have spent fighting and opposing one another in a political tug-of-war to create a “tug of peace” where we all pull together in the same direction to achieve what the vast majority of us want.

If you’re ready for a truly new conversation about politics, please join us.

To find out more about Michael Maxsenti and his work with the Common Sense Party, please go here: https://cacommonsense.org/